Technology and society have changed at a breakneck pace over the last few decades, and traditional education can hardly keep up. The rigidity of memorizing facts and figures, as well as inflexible curricula that aren’t tailored to individual student needs, simply aren’t in tune with the Information Age or the political climate that has emerged in recent years.

That said, there is already a solution to combat these deficiencies, and it’s already five decades old. Today, we look at the International Baccalaureate as a solution to important problems that our children will face in the future, that might not be solved by other forms of schooling.

One way that technology has disrupted the job marketplace is automation. A lot of tasks are set to become assisted or even fully replaced by automated platforms, and it will fall on an IB education to prepare students with the skills needed to thrive in such a world.

We’ve previously discussed the important skills that children should be learning in school to stay competitive in the future job marketplace, as inspired by the 2016 World Economic Forum report, “The Future of Jobs.” These skills include creativity, cognitive flexibility, problem solving and analytical thinking, and technological literacy.

Through the International Baccalaureate curriculum, students are challenged on collaborative, creative, and critical skills, thanks to the ongoing mission to develop healthy minds according to the IB learner profile.

Tools to defend against fake news and other misinformation

The rise of fake news and scientific misinformation has become a challenge not just for children but for adults all over the world. Alongside this is the rise of nationalism, racism, and other forms of xenophobia, corresponding to the coming of strongmen and populist dictators who have harnessed the power of misinformation to amass their followers.

The critical thinking skills needed to identify such misinformation must be developed for our children to have a better, truer understanding of the world.Both of these are addressed through the IB, thanks to a focus on analytical development and dedicated classes to the theory of knowledge.

Development of resilience and character

It’s an important role of parents to instill resilience and build character in their children, but they can’t do this job alone. The school is a part of a child’s emotional and psychosocial development just as much as it governs their cognitive development.

Through the work of the IB learner profile, students are enjoined to become independent and risk-taking, as well as caring and open-minded, such that their dealings in the world are fueled by compassion and strong communication.

Coupling the International Baccalaureate curriculum with the Swiss educational system, Swiss International School in Dubai is a conduit through which its students are truly and effectively prepared for the future of the workplace and of society.

Our efforts to provide the best education for each student aren’t limited to facilities and opportunities, but run down to the very core of how we teach them. Pastoral care, counseling, after-school activities, and even sustainability practices – everything we do is in service of those who will inherit the Earth. 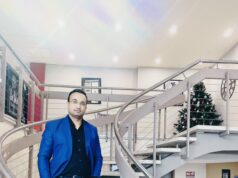 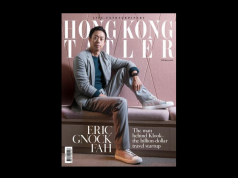 Tatler has officially unveiled the 5th edition of the Gen.T List, its Annual Index of the 400 Leaders of Tomorrow in Asia, who are... 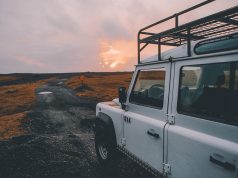 Five things you may have missed over the weekend

Business & Economy rushikesh01 - February 26, 2021
0
market summary point of care (POC) diagnostics characterized in this report are the clinical gadgets used to get a prompt outcome in the examination (conclusion and... 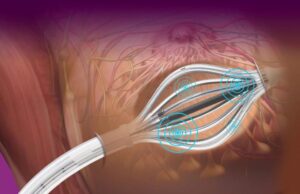