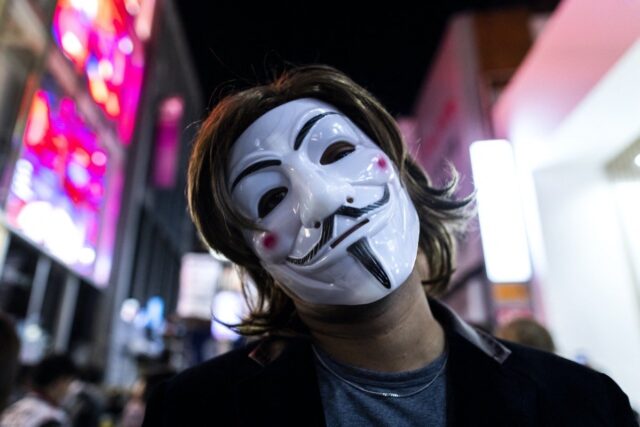 In a message posted on social networks on Sunday March 6, the hacker collective Anonymous claimed to have hacked several Russian streaming and television channels, showing images of the war in Ukraine. The cyberattack would have lasted only a few minutes, but would be very real. According to a statement posted on Twitteron an account linked to the Anonymous collective followed by more than 300,000 people, members of the group announced that they had “hacked the Russian streaming services Wink and Ivi, as well as the live television channels Russia 24, Chanel One and Moscow 24 for broadcast images of the war in Ukraine”.

Several other accounts associated with Anonymous later claimed responsibility for the cyberattack or shared the initial post, stating that it was the first part of a large-scale operation, the “largest carried out by Anonymous”. The news was quickly reported by Ukrinform, Ukraine’s national news agency. Several videos were then posted as evidence, but the attack has not yet been confirmed, except by Russian-speaking BBC journalists who communicate via encrypted messaging with foreign media. The media nevertheless showed great caution when announcing this attack, insofar as no Russian media would be authorized by the Kremlin to confirm or even simply mention such a hack. Moreover, verifying information in Russia has become very difficult since the enactment of a law punishing 15 years in prison for any publication that appears to be spreading “fake news” on the conflict.

Cyberwar against the Kremlin

Since February 24, the date of the start of the invasion, Anonymous has officially declared itself in “cyber war” against Russia. Several attacks against Russian targets have thus been claimed by the collective. For a few minutes, the sites of the state news agencies TASS and RIA Novosti, the Kommersant newspaper, the pro-Kremlin daily Izvestia and the Forbes Russia magazine all displayed a message calling for an “end” to the invasion of Ukraine. In this way, Anonymous tries to disrupt the functioning of institutions, to destabilize Vladimir Putin’s regime, to publish sensitive data and information, but above all to ensure that Russian citizens are aware of the war and how which it carried out, despite the immense disinformation campaign carried out by the Kremlin.