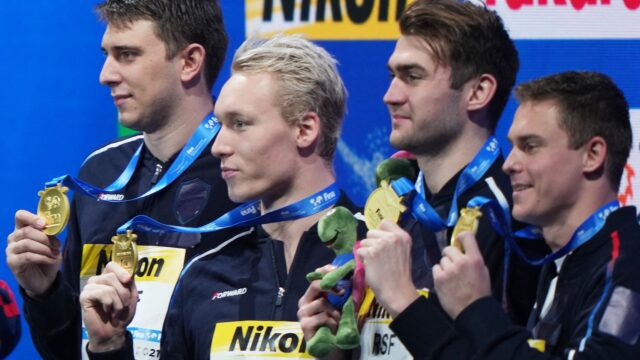 Unlike several other international federations, Fina announced on Tuesday that it opposed the ban on excluding Russian and Belarusian athletes, despite the IOC’s recommendation.

Published on 03/08/2022 21:46 Updated on 03/08/2022 22:15 Reading time: 1 min. The International Swimming Federation (Fina) announced on Tuesday March 8 that it opposed the banning of Russian and Belarusian athletes despite the recommendation of the International Olympic Committee (IOC) to exclude them, followed by many sports organizations. “The Fina office remains opposed to the blanket ban on all Russian and Belarusian athletes and officials, and maintains its position of letting Russian and Belarusian athletes participate in Fina events in a neutral manner,” the organization said in a statement. a statement. Fina, which says its decision was supported “by an overwhelming majority of its Athletes’ Commission”, has however amended its rules to review the participation of athletes and officials in emergency situations on a case-by-case basis, and could therefore prevent Russians and Belarusians from participating if “their presence threatens the safety and well-being of the athletes or endangers the conduct of the competition”. Following a videoconference meeting organized last Thursday at the initiative of the British government, the ministers in charge of sport from 37 countries, including Germany, the Baltic States, the United States, Finland and France, expressed their support for measures to exclude Russian and Belarusian athletes, to cancel the allocation of sporting events to these two countries and to limit sponsorship contracts involving Russian and Belarusian entities. “We call on all international sports federations to endorse these principles and we salute all those who have already done so,” they wrote in a press release released Tuesday by the British government.