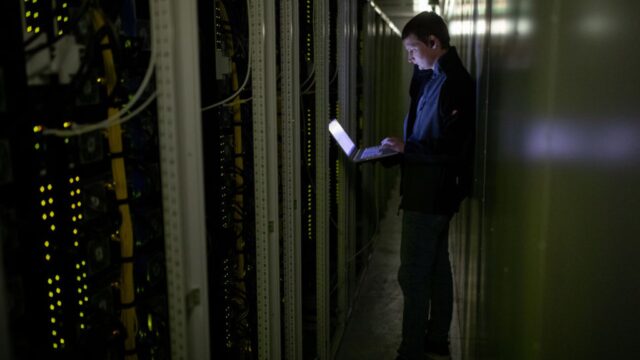 It concerns five websites of the RT channel and the website of the Sputnik news agency. The Netherlands Authority for Consumers and Markets (ACM) has informed the providers that they may block the sites. VodafoneZiggo, KPN and T-Mobile, among others, will block the websites. They expect this to be completed during the day. “Despite our fundamental objections to blocking websites, we want to comply with the EU ban on no longer distributing the relevant Russian state media. This will be realized around noon,” said a KPN spokesperson. The provider shows customers who want to visit the blocked sites a message about the blocking, after which they can click through to Giro 555. “We will block these websites as soon as possible. We expect to realize this today”, VodafoneZiggo said. “As a Dutch telecom provider, T-Mobile Netherlands must follow European laws and regulations and comply with this decision,” says a spokesperson for T-Mobile.

‘Instruments of the Kremlin’

The European Commission last week banned access in the EU to the two Russian state media, saying they are “kremlin tools” to spread Russian propaganda about the war against Ukraine. The sanctions apply to transmission and distribution via satellite, cable, online video channels and both new and existing apps. RT and Sputnik are only active in our country via the internet. The sanctions will last, according to Brussels, “until the Russian aggression stops”. The enforcement of the sanctions is done by the Public Prosecution Service. It is not the first time that Dutch providers have had to block websites. This has been happening for some time with illegal download sites such as The Pirate Bay.

The Dutch Association of Journalists (NVJ) called the blocking or banning of media unwise last week and spoke of a reduction to the level of Russia. According to NVJ secretary Thomas Bruning, ‘in these times we must fight for freedom of information’. He does not state that the information from RT or Sputnik can be trusted, but that freedom of expression is something to cherish. Twitter and Facebook, among others, also place fact checks and warning labels at several Russian state media. Civil rights organization Bits of Freedom also does not think that ‘silencing the media’ is the right solution in the fight against disinformation. The organization advocates promoting independent media and journalists. “You do that by helping independent journalists in Russia and Ukraine with the resources they need to cover the news and protect themselves and their sources. And not by doing what the Russians are doing: censoring media,” said spokesman Rejo Transmitter.

Russia went on to block Facebook in the country last weekend. Access to Twitter and YouTube is also being delayed by the authorities, making those services difficult to use. For the ‘spreading of fake news’ about the Russian army, Russians can face up to 15 years in prison under a new law change.
[ad_2]