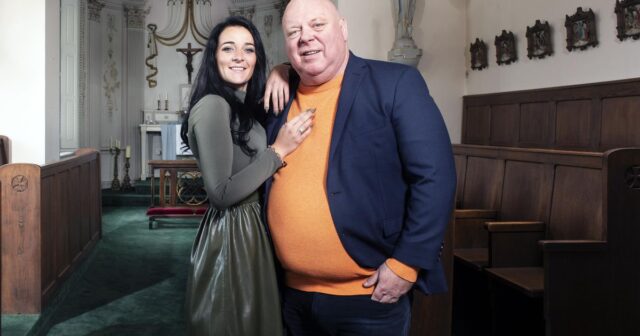 [ad_1]
The photo in question appeared on the internet on Monday and is said to have been taken during carnival. Stories about a breakup soon followed, but according to the Brabant reality set, there is nothing wrong at all. The two let Privé know that the kiss took place in a gay bar with a good friend of Nicol. In a video conversation with Shownieuws, Nicol goes into more detail. “In a gay bar I feel safe and fun, there are all gay men around us. One of those guys is kind of my gay bestie and he always kisses me right on the mouth. Yes, and if a picture is taken of that, including the gossip that follows, that is very unfortunate, I think.”

It is also buzzing with rumors that Nicol has skated crookedly with folk singer Ferry de Lits. She would be seen with him in a Snapchat video. Holiday park boss Peter says about this: “Ferry performs, next to the park, in certain catering establishments where we visit. Nicol then occasionally takes a selfie with him, or they do something for Snapchat. And then it’s immediately like: ‘they have something together’.” It is a mystery to the couple how the rumors about cheating and a breakup have arisen. “I don’t understand where it all comes from… all envy!” Nicol adds: “And jealousy.”
[ad_2]