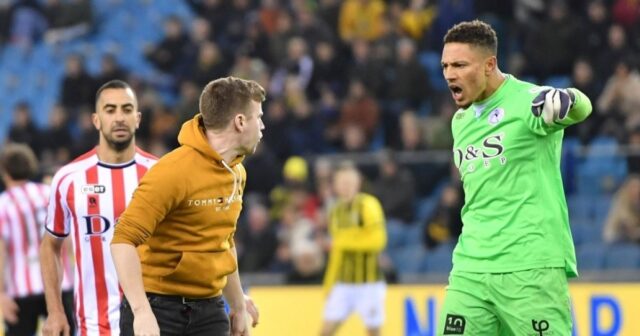 The match between Vitesse and Sparta is not over yet. The remainder of Friday’s abandoned game will be played out on a date to be determined.
The game was halted due to misbehavior by some spectators, with approximately six minutes of stoppage time remaining. It is not yet known when the final phase of the match will be played: it is certain, however, that there will be no audience in the GelreDome Stadium. The disciplinary committee and the KNVB board ruled that neither club was to blame for not playing the match, the football association said. Maintaining the 0-1 score was also an option, but the KNVB has therefore not opted for that. “The professional football board has decided that the remainder of Vitesse – Sparta will be played out, because this best suits a fair course of the competition in which matches must be decided on the field as much as possible.” Sparta is currently at the bottom of the Eredivisie, but also still owes the canceled game against number one but one last time, Fortuna Sittard. Vitesse is the number six in the Netherlands and is heading for the play-offs for European football.

ℹ️ | The remaining part of the Eredivisie match Vitesse – Sparta will be played out. The new playing date will be determined as soon as possible.https://t.co/mpBTRqHp52 — KNVB (@KNVB) March 8, 2022