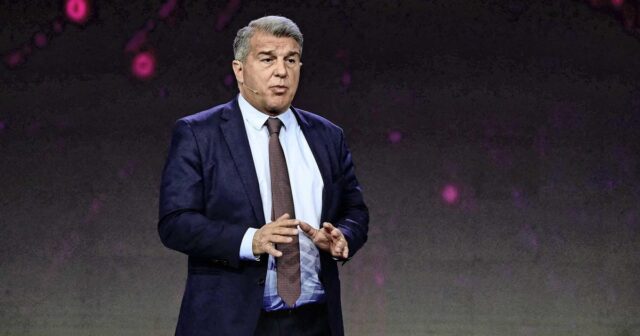 The chairman of Barcelona, ​​who had been employed for exactly one year on Monday and therefore spoke to the press, told Barça TV that he had previously doubted the position of the Dutchman. “At the end of last season I already had my doubts and I let Koeman know that too. He wanted to continue and given the economic and sporting context, we gave him the opportunity.”Sign up for the Football Update and stay up to date with the latest football news daily. He continues: “But as time goes by you will see things differently . We tried, but it just didn’t go well. As a result, we had to make a painful decision. If Koeman has said it hurts him, I hope that feeling goes away soon. He can say what he wants, I will respect him. Also because as a trainer he had the courage to use young players. Of course that was also due to the circumstances, but you still have to dare.” In the third season of Força Koeman, the docuseries about the Dutchman on Videoland, Koeman says that he has given everything for the club. “After my resignation from FC Barcelona, ​​I decided not to do any interviews at all. This is because I wanted to get my story right for once. The whole story once. I have done that and that is what you will see,” said the Dutchman. In the series, he also states that he is open to a return as national coach at Orange.