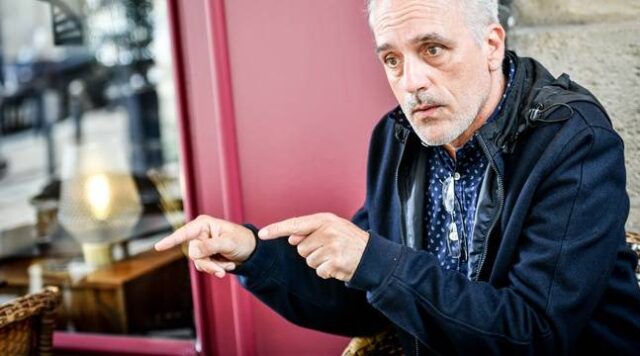 Access to this content has been blocked in order to respect your choice of consent By clicking on “I ACCEPT”, you accept the deposit of cookies by external services and will thus have access to third-party content I ACCEPT You can also modify your choice at any time via “choice of consent”. More information on the page Cookie management policy. In a statement posted on Twitter on Monday, the NPA announced that its candidate “has indeed recently received a summons to be interviewed by the police (Tuesday) as part of an investigation for” public insult to a public administration “”.

Summoned as a suspect

” The minister of the Interior Gerald Darmanin therefore seems to have carried out his threats, he who had announced to file a complaint against Philippe Poutou after the latter had denounced the violence and police crimes, ”continues the far left party. According to the summons to the Brigade for the repression of delinquency against the person (BRDP) broadcast by Philippe Poutou Monday on Twitter and dated February 4, the candidate was summoned as a suspect, under the free hearing regime, for statements dated October 13.

“Insulting” and “unworthy” remarks for Darmanin

“The police kill, obviously the police kill,” Philippe Poutou said that day. “Steve (Maia Caniço) in Nantes, in Marseille during a Yellow Vests demonstration, a lady who closed her shutters, Rémi Fraisse a few years ago… We would have to see the figures precisely but in the working-class neighborhoods, it is about fifteen young people who are killed by the police every year,” he said.The Minister of the Interior announced in reaction that he had filed a complaint for public insult for these “insulting” and “unworthy” remarks, while Philippe Poutou went further by accusing the minister of “giving the green light to the police to strike”. Paris prosecutor’s office confirmed on Monday that it had opened an investigation on November 8.