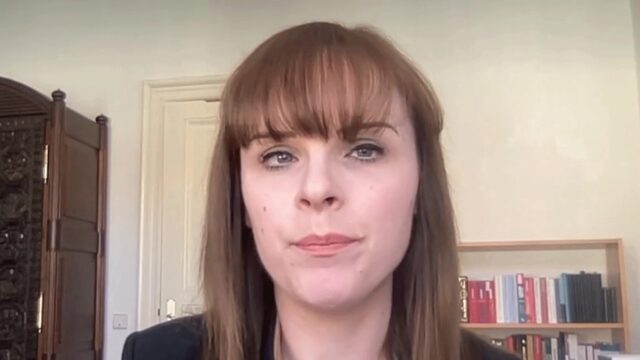 With its war, Russia wants to implement demands that are virtually impossible for Ukraine to meet, says expert Hanna Notte im tagesschau24 interview. She has mixed feelings about the means of escape corridors.

After several failed attempts, evacuations seem to have started successfully in the first cities in Ukraine. To this end, Russia and Ukraine had agreed on so-called escape corridors and ceasefires. However, the Russia expert Hanna Notte from the James Martin Center for Nonproliferation Studies is ambivalent about the option of these escape corridors. Of course, it is to be welcomed “if human lives are saved now,” said Notte in an interview with tagesschau24. “One has to take this news with a pinch of salt,” she added.

Will those who remain become a “legitimate target”?

Notte draws a comparison to the Russian combat mission in Syria, where in 2018 the population should also be given the opportunity to get to safety via escape corridors. But after the evacuation of the affected cities, the people who stayed were characterized by Russia as “legitimate targets, terrorists, enemies of the state”. In addition, the Russian military in Ukraine is also using the time of the evacuations to reposition itself.

Russia expert Hanna Notte, James Martin Center for Nonproliferation Studies, with an assessment of Russia’s demands in the Ukraine war

Demands offer “no basis for negotiation”

Notte doubts that Russia’s goal in Ukraine is complete conquest of the entire country. Moscow also lacked the necessary resources for this. In the most recent negotiations between Russian and Ukrainian representatives, the demands focused on four points: a ceasefire, the inclusion of Ukrainian neutrality in the Ukrainian constitution and thus a guaranteed exclusion of the country from joining NATO, the recognition of Crimea as Russian territory and the Recognition of the Donetsk and Luhansk People’s Republics as independent states. “That hardly represents a basis for negotiations for the Ukrainian President Zelenskyj,” said Notte. Because the implementation of these demands would be tantamount to “a complete capitulation of the Ukrainian side” and would not be justifiable for Zelenskyj domestically. At the same time, there is currently no indication that the pressure in Russia is getting so great that the Russian government under President Vladimir Putin’s “calculation” is changing, causing Russia to deviate from its demands.