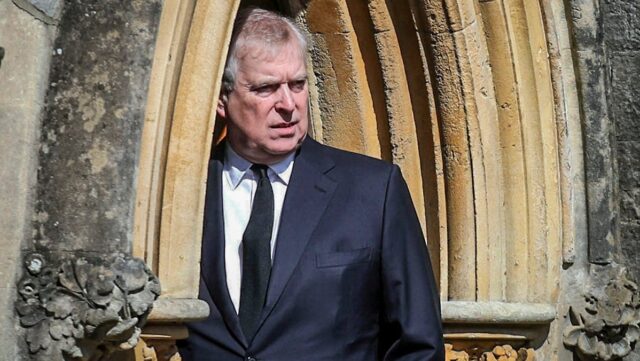 In the abuse trial against him, Prince Andrew agreed with the plaintiff Virginia Giuffre to pay a sum of several million euros. Now he is paying his debts to Giuffre – but needs royal support for this.
The British royal has reportedly paid off his debts after agreeing to settle the Prince Andrew abuse scandal. Britain’s PA news agency reported that Andrew had made his payment to US plaintiff Virginia Giuffre. The civil proceedings, which the 62-year-old was still threatened with before the out-of-court settlement, are now nearing their final conclusion. Corresponding court documents were sent on Monday, it said. Only a signature of the competent New York judge is still pending. Prince Andrew had agreed on a settlement with the plaintiff in mid-February and thus averted a reputation-damaging civil lawsuit in the USA. Giuffre accused the royal of sexually abusing her as a minor more than 20 years ago. Reports have it that Andrew will have to pay an eight-figure sum, but there is no official comment. A sum of between 7 and 12 million pounds (8.4 to 14.5 million euros) was discussed in the media. Some observers see the deal as an admission of guilt by Andrew, even though he has always vehemently denied the allegations. According to a recent report, it is not Andrew himself who is making the payment, but his brother, Prince Charles. According to this, Prince Andrew should not have enough money at the moment. The British newspaper “The Sun” reported that Prince Andrew is now to sell an expensive property in Switzerland in order to then pay back the money. According to the newspaper, should Andrew not be able to raise the sum, he risks losing money from the inheritance of Queen Elizabeth II, who is said to have paid his court costs.
[ad_2]