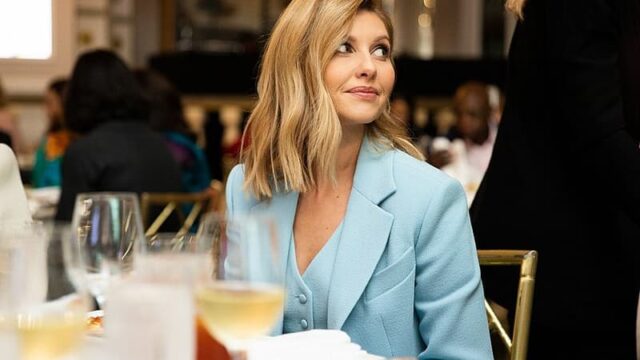 [ad_1]
In an open letter to the international media, the First Lady notably denounced the massacres of civilian children. The Ukrainian First Lady, Olena Zelenska, denounced on Tuesday a “massacre of Ukrainian civilians” and in particular of children following the invasion of Russia, in an open letter to international media. “What happened just over a week ago was unthinkable. Our country was at peace, our towns and villages were full of life,” writes in this fiery letter the wife of Ukrainian President Volodymyr Zelensky.

“On February 24 we woke up to the news of a Russian invasion. Tanks crossed the Ukrainian border, planes entered our airspace, missile launchers surrounded our cities. propaganda backed by the Kremlin who speak of a ‘special operation’, it is in fact a massacre of Ukrainian civilians”, she underlines.

Putin “underestimated our country, our people”

“Perhaps the most terrifying and devastating thing about this invasion are the children who are being victimized,” she continues, citing the names of several of them, Alice eight years old or Arseniy, 14 years old. When Russia says it ‘does not wage war on civilians’, first I mean the names of those children killed,” she notes, describing the suffering of her people, the many women and children forced shelter in metro stations and roads ‘crowded with refugees’.”The aggressor (Vladimir) thought he could wage a blitzkrieg against Ukraine. But he underestimated our country, our people and their patriotism,” she said, calling like her husband for the establishment of evacuation corridors for civilians and a no-fly zone over Ukraine. “Close the sky and we will manage ourselves- even the war on the ground”, she concludes. Olena Zelenska, 44, is the wife of Volodymyr Zelensky, a former actor, with whom she had two children. Before the conflict, she led a campaign for better nutrition in the country’s schools and accompanied the president on his trips abroad. Asked by AFP to find out if the first lady is still in Kiev , the Ukrainian presidency did not immediately respond.
[ad_2]