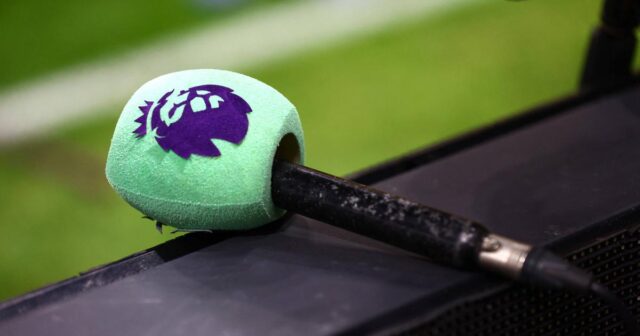 The Premier League announced on Tuesday that it was suspending its contracts with its Russian broadcaster, a symbolic measure taken in reaction to the Russian invasion of Ukraine. “The Premier League and its (20) clubs today (Tuesday, editor’s note) took the unanimous decision to suspend our agreement with the Russian broadcaster Rambler (Okko Sport) with immediate effect”, declared the organizer of the English Premier League football in a statement. The amount of this contract is estimated at 6 million pounds (7.2 million euros), a drop of water out of the 1.3 billion pounds (1.5 billion euros) that the retransmission of the Premier League abroad for the period 2019/2022. Rambler, which holds the Russian rights for the current season, is a subsidiary of Sberbank; the matches are broadcast on the Okko streaming platform. Match TV, owned by energy giant Gazprom, won the contract for the next six seasons. The Premier League, which led solidarity protests at Matchday 28 matches last weekend, will also ‘donate £1m (€1.2m) to support the people of Ukraine’ via the he Disasters Emergency Committee (DEC) association which provides humanitarian aid “directly to those who need it”, specifies the entity. The English Football Federation (FA) took the same decision, therefore preventing the broadcast in Russia of the quarter-finals of the FA Cup (FA Cup) disputed this month. The English Football League (EFL), which manages the rights for Divisions 2 to 4 of English football, has also withdrawn access to broadcasting in the country for the second division. The UK government endorsed the Premier League’s decision through its sport minister, Nigel Huddleston, who said sport must play its part in response to the “barbaric” actions carried out by Vladimir Putin.
[ad_2]