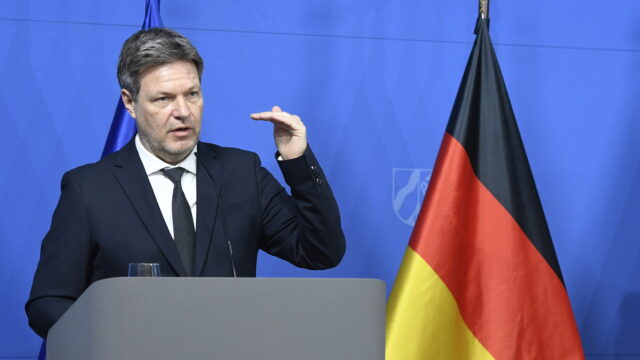 Economics Minister Habeck warns that an energy embargo against Russia would have “very serious” economic and social consequences. The FDP demands an immediate stop to gas and oil imports.

Federal Economics Minister Robert Habeck has appealed to the OPEC oil association to increase production in view of rising prices. This would be a contribution to relieving the market, said the Green politician after consultations with the energy ministers of the federal and state governments. Last week, the OPEC Plus group confirmed its policy of hesitant expansion.

Habeck also once again opposed an embargo on Russian energy supplies. He warned of significant macroeconomic damage and social upheaval if Russian energy supplies were to fail completely in the short term. One does not talk about “individual comfort restrictions”, but about macroeconomic and overall social damage “of the most severe extent”. These could jeopardize the enforcement of all possible sanctions. The sanctions were deliberately and carefully chosen in such a way that they hit the Russian economy and the regime of Russian President Vladimir Putin hard, said Habeck. “But they were also chosen in such a way that we as an economy, as a nation, can hold out for a long time. Careless behavior could lead to exactly the opposite.” If Russia were to stop its exports of its own accord, Germany would “be able to deal with it” today, Habeck assured. In principle, the accelerated and increased expansion of green electricity is “of paramount importance for national security”. Marie-Agnes Strack-Zimmermann, Chairwoman of the Bundestag Defense Committee, spoke out in favor of stopping imports of gas and oil from Russia. Putin’s threat to shut down the Nord Stream 1 gas pipeline “only shows that our sanctions are hitting him hard,” the FDP politician told the dpa news agency. “We must now keep the reins of action in our hands and decide to open a new chapter in gas and oil. Germany must implement the import ban of these two raw materials from Russia immediately.”

The Young Liberals also called for an end to German energy imports from Russia. “Every sanction that has been withheld so far must now be implemented,” said the chairwoman of the FDP youth organization, Franziska Brandmann. “You don’t do business with a criminal regime that is waging war against our friends in Ukraine and is responsible for the deaths of children, young people and other innocent civilians.” Finance Minister Christian Lindner said that rising energy prices are putting a strain on the economy and people. There must be relief, the federal government has already presented a package that should relieve people of over 15 billion euros. However, rising energy prices due to higher prices for energy imports cannot be fully compensated for by the state. Lindner also announced that the federal government was working on further sanctions. He expects a new package of sanctions that will include not only Russia but also supporters of the war in Belarus and will rule out circumventing financial sanctions via crypto assets.

From the point of view of the National Academy of Sciences Leopoldina in Halle, a short-term stop in the supply of Russian gas is manageable for the German economy. “Bottlenecks could arise in the coming winter,” says a statement. However, there would be an opportunity to limit the negative impact and cushion the social impact by immediately implementing a package of measures. The procurement of liquefied natural gas (LNG) on the world market by the EU is recommended as an immediate measure. Increasing coal-fired power generation could also contribute to replacing natural gas. Gas tanks would have to be filled up. Burdens on citizens with low and middle incomes due to higher energy prices should be socially cushioned, and companies should be relieved of energy taxes.

The Federal Association of Energy and Water Management (BDEW), on the other hand, warned of an embargo on Russian energy supplies. Such a move would have “massive negative effects on the German economy and also on consumers,” explained BDEW boss Kerstin Andreae. The import of Russian natural gas is “currently only partially replaceable”. Ukrainian President Volodymyr Zelenskyy had called for a halt to energy imports from Russia because of the ongoing Russian attacks on his country.

US Secretary of State Antony Blinken called on Europe to reduce its energy dependency on Russia. “I think it’s not just a significant opportunity, but a necessity at this moment for many countries in Europe to finally break away from their dependence on Russian energy. Because Russia is using it as a weapon,” Blinken said during a visit to Estonia. Meanwhile, the EU Commission presented plans to reduce gas supplies from Russia by two-thirds by the end of the year. Complete independence from Russia for fossil energies should be achieved by “well before 2030”. Britain announced it would phase out imports of Russian oil and oil products by the end of the year. By the end of 2022 there is enough time for the market, companies and supply chains to replace Russian imports.