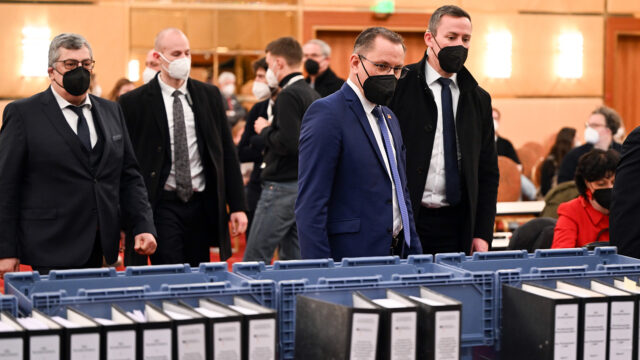 The AfD suffered a defeat before the Cologne administrative court. The court ruled that the Office for the Protection of the Constitution may classify the party as a suspected right-wing extremist. The AfD had sued against this.

According to a decision by the Cologne Administrative Court, the Federal Office for the Protection of the Constitution (BfV) may classify the Alternative for Germany (AfD) as a so-called suspected case. If classified as a suspected case, secret service means may be used for observation. The BfV may also publicly announce the classification as a suspected case in order to enable a political debate.

There is “sufficient factual evidence of anti-constitutional efforts within the party,” said the court after a nearly ten-hour hearing in the cathedral city. The BfV have documented these clues in reports and associated collections of material. The AfD only countered this evidence with “general denial”.

Although the so-called wing of the party was formally dissolved, its protagonists continued to exert significant influence. The activities of the youth organization Junge Alternative (JA) were also included in the assessment. Both in the wing and in the YA, an ethnically understood concept of the people is a central political goal. According to this, the German people must be preserved in their ethnic composition and “foreigners” must be excluded as far as possible. This contradicts the concept of people in the Basic Law. The assessment of the Office for the Protection of the Constitution is based on an “overall view that is not objectionable,” the Chamber said. The subject of the oral hearing was a total of four lawsuits against the Federal Republic of Germany, represented by the BfV. The AfD was successful with its lawsuit, which opposed the fact that the Federal Office for the Protection of the Constitution had publicly announced that the wing had 7,000 members. There is not enough evidence for that, the court said. Because of its size, the trial did not take place in the courthouse, but in the Cologne exhibition center. Federal spokesman Tino Chrupalla took part for the AfD.

“The court sees anti-constitutional efforts in the AfD”, Michael Heussen, WDR, on the judgment of the Cologne administrative court