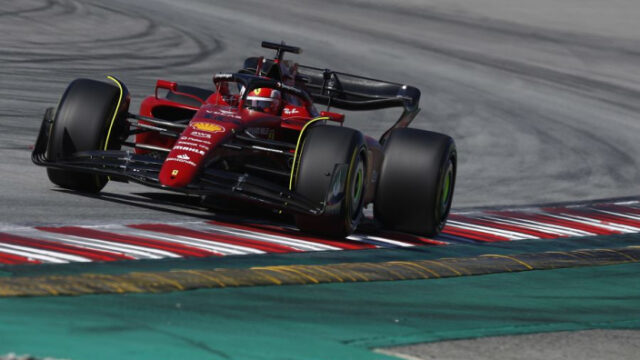 Ferrari team principal Mattia Binotto thinks most Formula 1 teams have underestimated the bouncing problem thus far. The teams were attacked by porpoising in Barcelona and had not calculated this in advance. Footage from last month’s three-day test in Barcelona shows Charles Leclerc bouncing on the straight, caused by the ground effect combined with the new aerodynamic rules. The teams hope to tackle the problem in Bahrain, but Binotto does not believe it is that easy. Article continues under video

“I think most of us underestimated the problem in any case,” Binotto opens. He continues, “By the time we got to the track, we were definitely bouncing more than we expected.” The Italian team boss expects that the solution does not have to come at the expense of performance, but that time will play a major role: “I am pretty sure that every team will come up with a solution at some point. Just the question is: How long will it take? I think those who are fastest will have an advantage at the start of the season.”

In the 1970s and 1980s, Formula 1 also made use of ground effect. Even then the bump was present. “I was too young to know!” Binotto joked, adding: “Honestly the cars are very different but it has to do with the ground effect and how powerful it is. I think the rest of the cars were something different, but it’s certainly similar.”