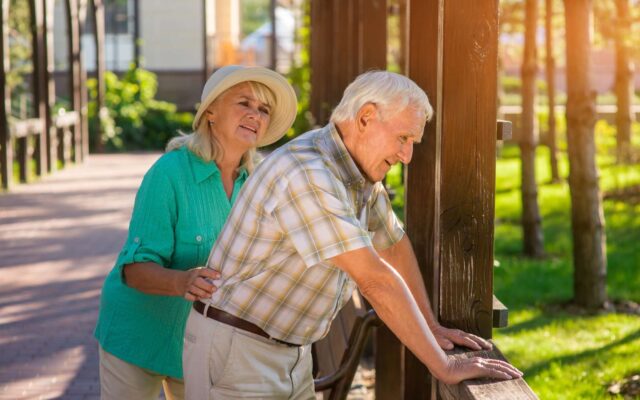 [ad_1]
Alzheimer’s disease affects nearly one million people in France. It particularly affects the elderly: it is very rare before the age of 65 and affects nearly 15% of those over 80. Alzheimer’s disease is a neurodegenerative disease. Nerve cells slowly degenerate resulting in several progressive onset symptoms. The best-known symptom of the disease is memory loss. But it is not the only one: patients also have disorders of executive functions and orientation in time and space. Today, this disease cannot be cured or prevented. Knowledge of the first symptoms of Alzheimer’s disease is very patchy. When a patient is diagnosed, the disease is too often at this stage already advanced.

A French team has published the results of a study involving 80,000 patients in the prestigious journal The Lancet. Half of them developed Alzheimer’s disease while the other half constituted a control group and never developed a neurodegenerative disease over the period studied. The authors tested the link between the onset of the disease and 123 health factors through statistical analyses. The results show a correlation between a list of 10 pathologies and the occurrence of Alzheimer’s disease within 15 years. The first of these pathologies is depression, followed by anxiety, exposure to significant stress, hearing loss, constipation, cervical spondylarthrosis, memory loss, fatigue, falls and loss of sudden weights. Some of these pathologies were already known to predispose patients to the development of Alzheimer’s disease, such as depression or hearing loss. Others much less, such as cervical spondylarthrosis or constipation.

The authors point out that their study only highlights statistical links, which do not constitute proof of cause and effect. An in-depth study of the underlying mechanisms remains necessary. Moreover, the article cited here does not make it possible to know whether suffering from depression predisposes to Alzheimer’s disease or whether depression is an early symptom of the disease. Nevertheless, this type of information remains very useful for better understanding the disease and trying to prevent it. Soon, the authors will extend their analyzes to a larger number of files (26 million!) and to other degenerative pathologies such as Parkinson’s disease, Charcot’s disease or multiple sclerosis.